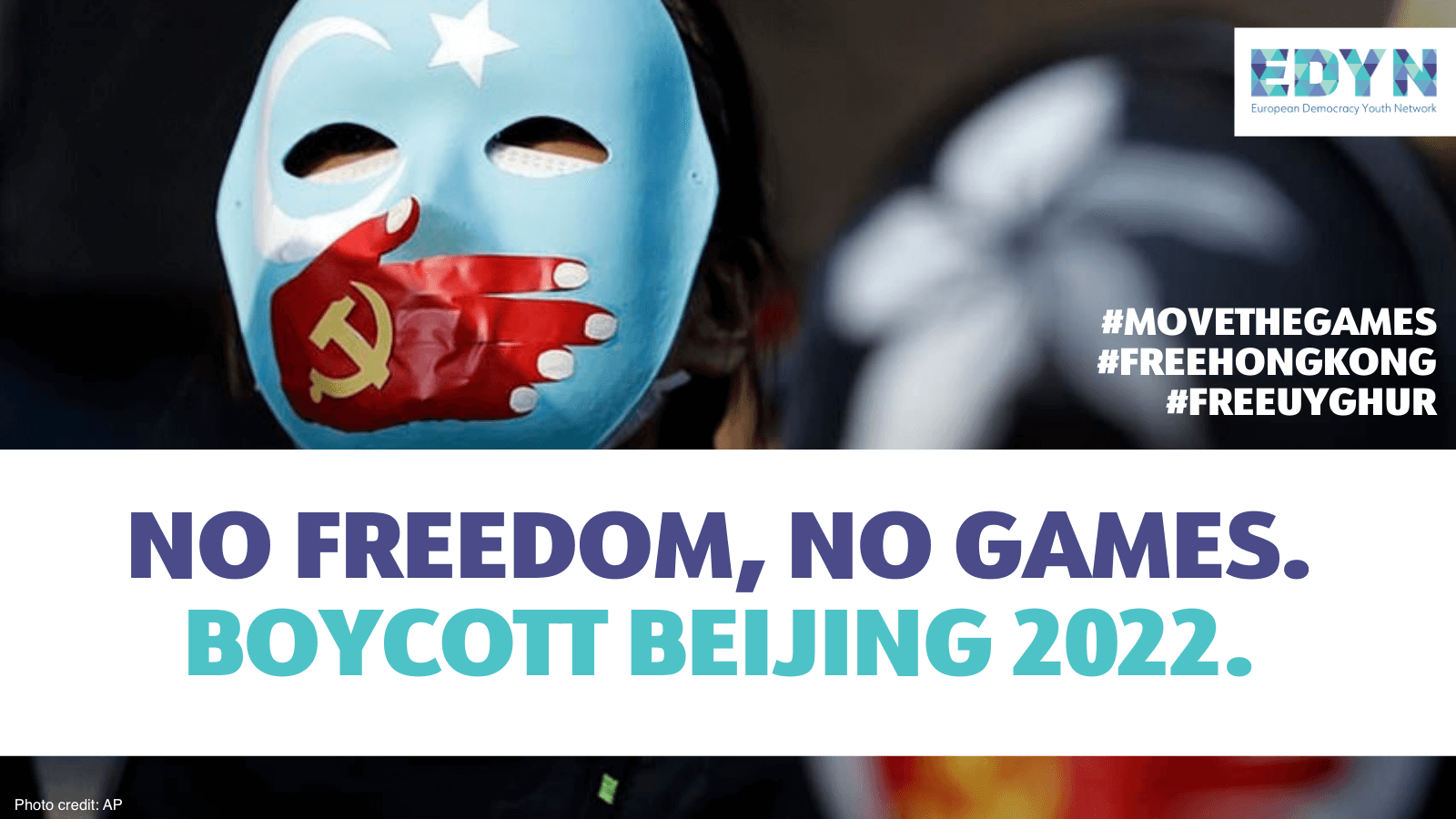 We, the Europe Democracy Youth Network (EDYN), are united in expressing our grave concerns over the Chinese government’s continued assault on human rights, democracy and freedom of expression. Specifically, we are alarmed by their oppressive policies implemented in Xinjiang and the severe crackdown on democracy in Hong Kong.

The Chinese government’s ethnic-driven policies in Xinjiang including mass internment, sterilization, systematic rape and forced labor, amount to genocide and warrant widespread alarm and action from those in the global community who value human dignity and self-determination.

Further, the recent measures unilaterally adopted by the National People’s Congress, combined with mass arrests, and expedited trials of political activists under the National Security Law, are a clear attempt to restrict democratic representation and stifle political discourse. The people of Hong Kong should be trusted to decide collectively what is best for themselves through the ballot and arrive at those conclusions through open political debate.

Accordingly, we strongly support the sanctions adopted by the European Parliament in response to Beijing’s policies of political oppression and ethnic genocide in Xinjiang, and welcome further action against the individuals responsible for the deterioration of democratic representation in Hong Kong.

The sanctions adopted by the Chinese government against ten individuals and four entities, including the European Parliament’s Subcommittee on Human Rights are further evidence of Beijing’s incompatibility with open, critical public discourse – a cornerstone of democratic society – and illustrate its clear intention to intimidate critics across the globe into silence.

As members of EDYN, a community founded on our common adherence to the values of liberty, justice, and equality, we stand in solidarity with the people of Hong Kong and those struggling for individual and political rights in China. We call on our respective governments’ institutions to use their own national laws to the furthest extent in response to the Chinese government’s gross violation of human rights and fundamental freedoms.

Considering these developments and in support of these principles, we strongly advocate for the boycott by corporations, athletes, and international athletic organizations of the 2022 Winter Olympics to be held in Beijing until the Chinese government has rolled back its oppressive policies in Xinjiang and restored confidence in Hong Kong’s democratic institutions.