Elmas Hasanovikj is EDYN Ambassador from North Macedonia. As a young leader, he was selected for the prestigious McCain Global Leaders cohort 2022, organized by the McCain Institute and established to honour the legacy of Senator John McCain. As part of the program, last month he participated in the Changemaker Tour in Poland whose thematic topic was defending democracy. Elmas shares his experience with us:

My experience of spending a week in Poland together with the other participants of the McCain Global Leaders cohort 2022, all of us coming from different parts of Europe, was indeed life-changing and enriching. The main goal was to learn how to defend democracy while at the same time spreading the legacy of Senator John McCain. We had a discussion with MPs from the Polish Parliament, leaders of civil society, and local municipalities trying to better understand the political landscape of Poland as well as to discuss the localized response to global challenges. We were also briefed by the Polish Ministry of Defense on the NATO support for Ukraine. I really admire the efforts and willingness of the Polish people, the civil society sector and the government to host as many refugees as possible. I remember the words of the deputy chief-of-staff of the Major of Warsaw, who said “We do not treat them as refugees, but as our guests.” Indeed, it is very important for Ukrainians who flee from the war zones to feel like home in the host country. Although I was fascinated by their responsiveness and the warm-welcoming of refugees, it was not surprising to me why Poland is one of the biggest supporters of Ukraine because, as we learned more during our visit to the Warsaw Uprising Museum, Poland has gone through that existential survival during their fights for independence against the Nazi’s, and later with the ‘’liberators’’ from the East. Polish people still remember the repression and torture from the authoritarian communist regime of The Soviet Union.

In conversation with all these different actors and stakeholders, we learned about the challenges Poland is facing in defending democracy, the threat coming from authoritarian regimes like Russia, as well as challenges related to energy security, illegal migration from Belarus, educational barriers and integration of Ukrainians in the Polish educational system, the healthcare system etc. The most impactful moment for me was volunteering with World Central Kitchen at the Ukrainian-Polish border. I had a chance to speak with the WCK staff about the challenges in their work and hear their experiences in providing nice and warm meals to refugees. But, for me, the most impactful moment was seeing all those Ukrainian women with kids fleeing their homes because as a person who has lived through traumatic experiences during the Yugoslavian wars, it was a backlash of memories from the 90’s. The rise of nationalism and the revival of the Greater Serbia ideal under the dictatorial regime of Slobodan Milosevic led wars in former Yugoslavia in which people were systematically killed, raped and forcefully expelled from their homes and territories only because they were ethnically different (not being Serbs). There is a strong parallel between the war in Ukraine and what Russia wants to achieve there, especially their aspiration for the Great Russian Kingdom ideal. To this end, I strongly believe that Ukraine is not only defending its territories but also defending the Western democratic values – liberty and human rights.

As Senator John McCain once said, “Nothing in life is more liberating than to fight for a cause larger than yourself, something that encompasses you but is not defined by your existence alone.” I am determined and ready to defend democracy from authoritarian regimes and to fight against any other individual, state or non-state actor who wants to undermine our democracy. We must stand ready and united because the strength is in unity. 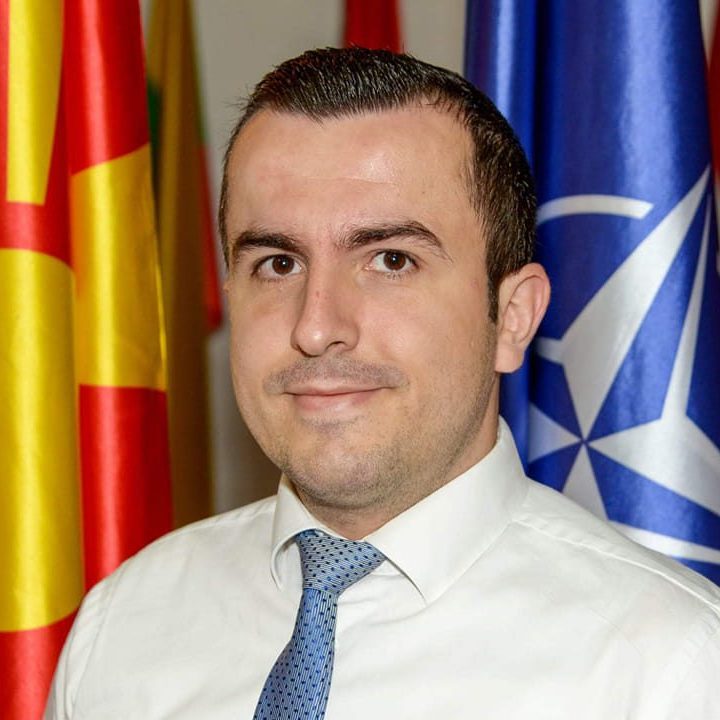