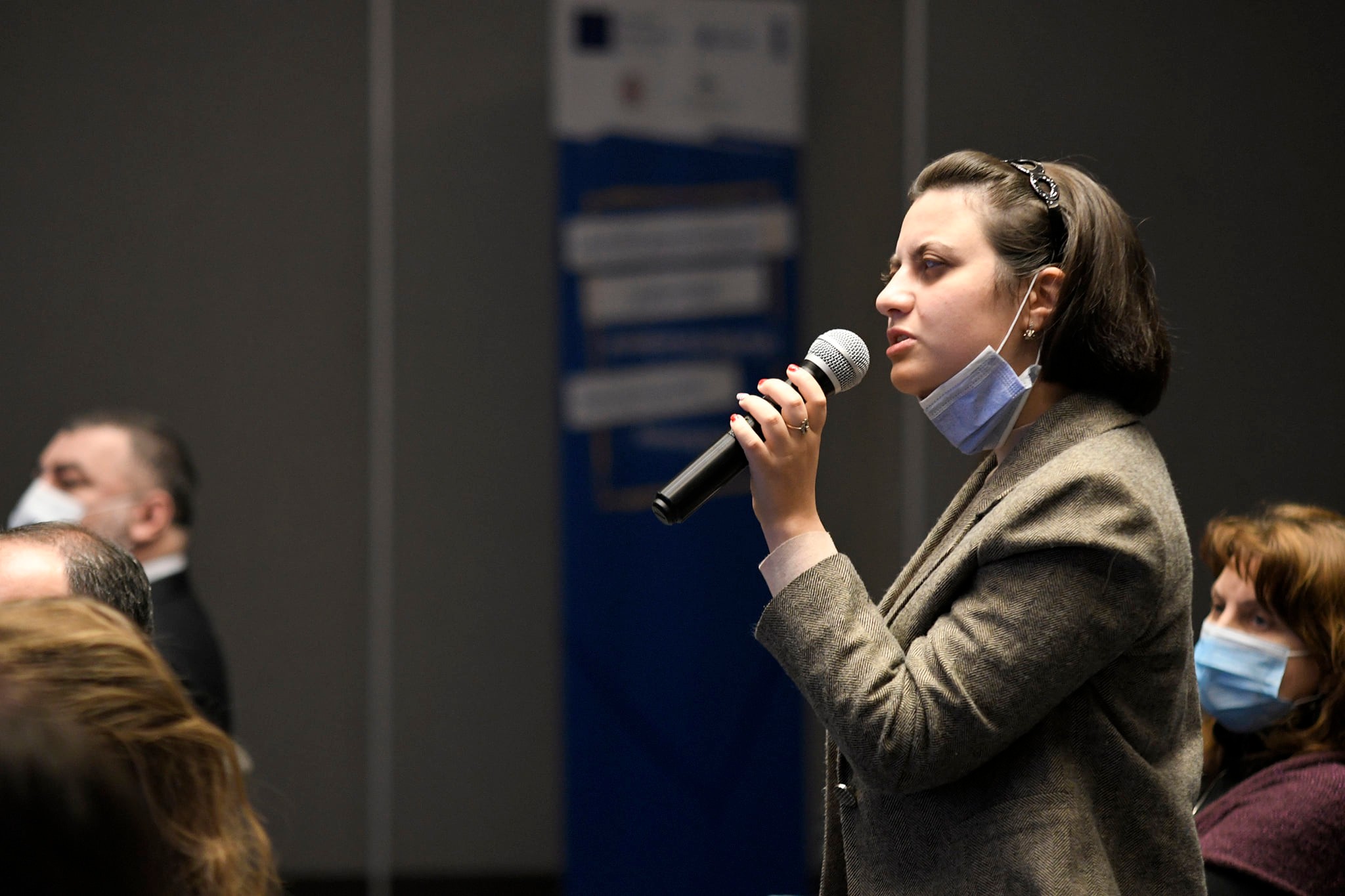 Welcome to the series #EVERYDAYHEROES in which we introduce exceptional members of our network. Through pop culture, we discovered that heroes fly, have superpowers, come from another planet, wear capes and costumes, but there are other, real heroes. Heroes we are surrounded by every day, who raise their voices in times of injustice and fight for the rights of all of us.  Who look the same as us, who express their superpower by fighting every day for a better and democratic society. Everyday heroes, that we have to talk about. Follow us on our Instagram to catch the next interview among the first ones.

Another Everyday Hero is Esma Gumberidze from Georgia.

Esma is an ambassador of the European Democracy Youth Network (EDYN), a Global Youth Advisory Group member at the UNODC GRACE Initiative and the IREX Youth Excel, a member of the Generation Democracy network and at the 16th Element youth peace initiative group as well as the newly appointed member at the Global Peace Hub, a co-founder of the Network of former Youth Delegates to the UN, a member of the disability inclusion consultative mechanisms with the Government of Georgia, Tbilisi Mayor’s office, and the Ministries of Internal Affairs, Justice and Health. She also chairs the disabled women’s organization “Platform for New Opportunities” and is a board member at the National Network of Women with Disabilities. Esma was a fellow at the Center for Inclusive Policy and an advocacy project assistant at NDI. She has judged a few project proposal contests, authored a few research papers on varied topics both in Georgian and English.

Below you can read the story of how she got into diplomacy. 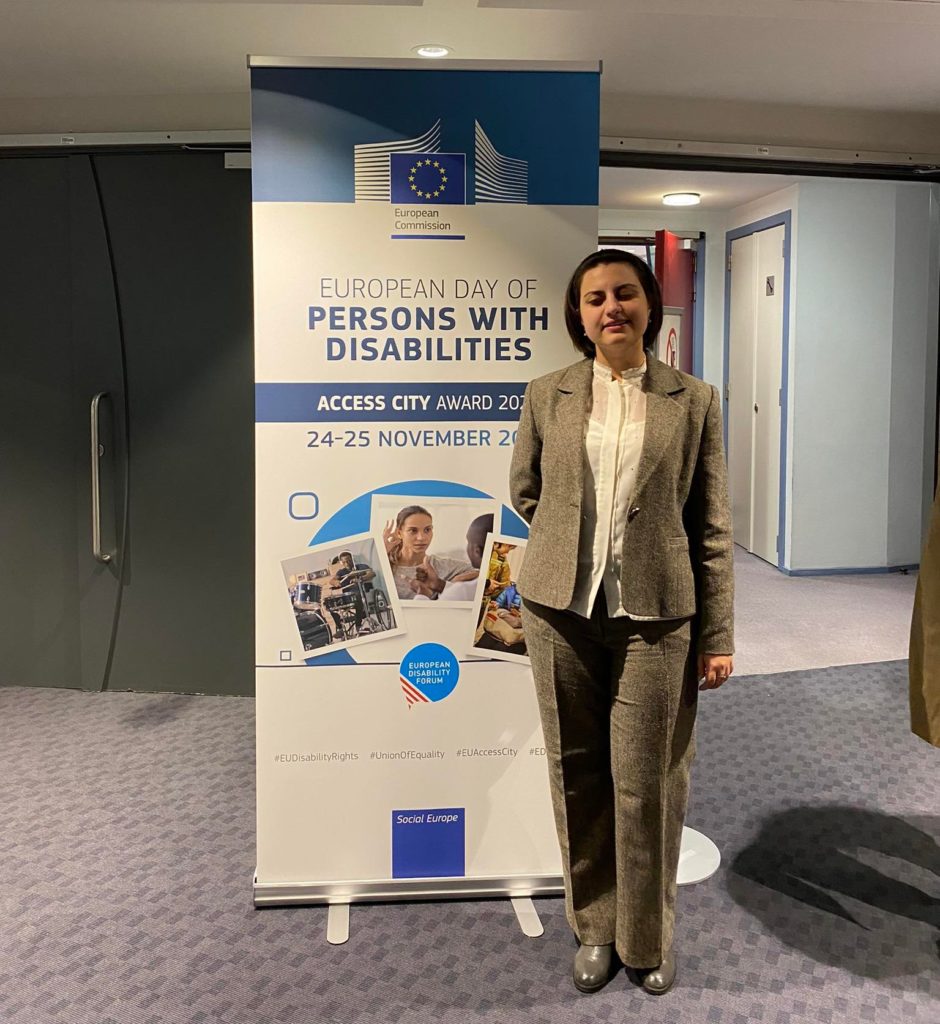 When dating my mom, my dad was bringing her bread instead of flowers. Georgia paid a heavy price for reclaiming independence from the Soviet Union. In 1990-ies there was no electricity, no running water, and no natural gas to lid up our stoves. People had cut off their centralized heating and sold it off as metal. When electricity would come for an hour a day, streets would get empty, as people, screaming for joy, would rush homes to watch TV iron their clothes, and use the washing machine. This was making my grandmother angry, as nobody would come to her store that hour. She also is a survivor. She did not allow her husband, a Soviet officer, to be restationed in Czecho-Slovakia in 1960-ies, where they would have lived much better off. However, that way he was spared from participating in Prague Spring and following repressions against unarmed protesters, who were killed by the Soviets. During my childhood, she was running the store, where she had been working all her previous life with open doors without heating even in winter. 1 client threw a glass bottle at her and almost killed her when she told him to pay the money for what he had bought. We were burning firewood in an apartment block to warm up or lay down in a bed when we did not have it. As a child, I was carrying home water in small buckets as a choir. I was born on a light of a candle. Doctors immediately told my parents, my eyes needed treatment. Only the privileged could then go to Europe or the U.S. therefore treatment in Russia became an option. It was like going to another world back then, as there were all those basic conditions we were lacking in Georgia. However, Georgians were considered second-class people there. Therefore we had to hide we were from Georgia. I was a native Russian speaker, so it was possible, but the need to know, where to talk about your home, what you were missing, and where not to is not a reality children should be facing anywhere. The sentence in the UN Convention on the rights of the child that children have the right to freely express their identity is not just hollow words. My mother was often told by her cousins to leave my father behind and move, which she always refused. As a student, she preferred to move out of her parent’s home to another city to study not to pay the bribe the University in our hometown was asking for. She had been challenging her lecturers under Soviet rule, who were saying that the Baltic states could not survive without Russia. She never worked since I was born. As I needed to study in a specialized school for the blind, we moved to the capital Tbilisi nearly 20 years ago. My father still has not come to terms with the fact that he moved so far away from his own village. He had to go even further away, though, in his youth. As military service was mandatory in the Soviet Union, he was sent off to Mongolia to serve, because, unlike many, he refused to pay a bribe to be stationed somewhere in favorable conditions. He always dreamed of building a house. He had even drawn it. We did not have the money to buy the apartment, so my dad bought the plot of land and started building. Nobody in my family believed, he would finish it. In 2003 the Rose Revolution happened. With the new government, the lights went on; My school installed the centralized heating; Got computers; Textbooks were being printed in Braille and recorded on audio so that my mother would not have to read everything to me. Life was getting on track, when in August 2008 the Russians attacked Georgia. The war broke out. My father could hear the military planes flying over the 3rd floor of the house he was building. The country, we were rebuilding for 17 years, may have been destroyed. It was then that I dreamed of representing Georgia in some kind of an international court bringing all evidence of Russia’s imperialist actions. I was also dreaming that all the people in Georgia could have jobs that would provide them living and the possibility to have their own homes and rest on their balconies in the evenings. It took 7 years for us to move into our new house. I remember standing on its terrace, in darkness, and thinking that I should build upon what my parents have done, I too should create some value in this world. In my childhood I always thought, I should be fighting for values and living in modest, underprivileged conditions. It took me a year of living on an exchange program in the U.S. to come to terms with our new house, to realize that living there did not mean I was rich. A few years later I came home from somewhere around sunset. It happened that my dad was outside of the house. Mom came out to feed the cats. We all, my parents, grandma, and I ended up standing in front of our house surrounded by the cats after an exhausting day. The dream I had for the country had come true for my family. It is odd to speak why do I not wish to leave Georgia when so many people are taking on the immigration path, but what really makes you feel about your country is when you grow and develop together. When you see it and your own prosperity improve at the same time and pace. 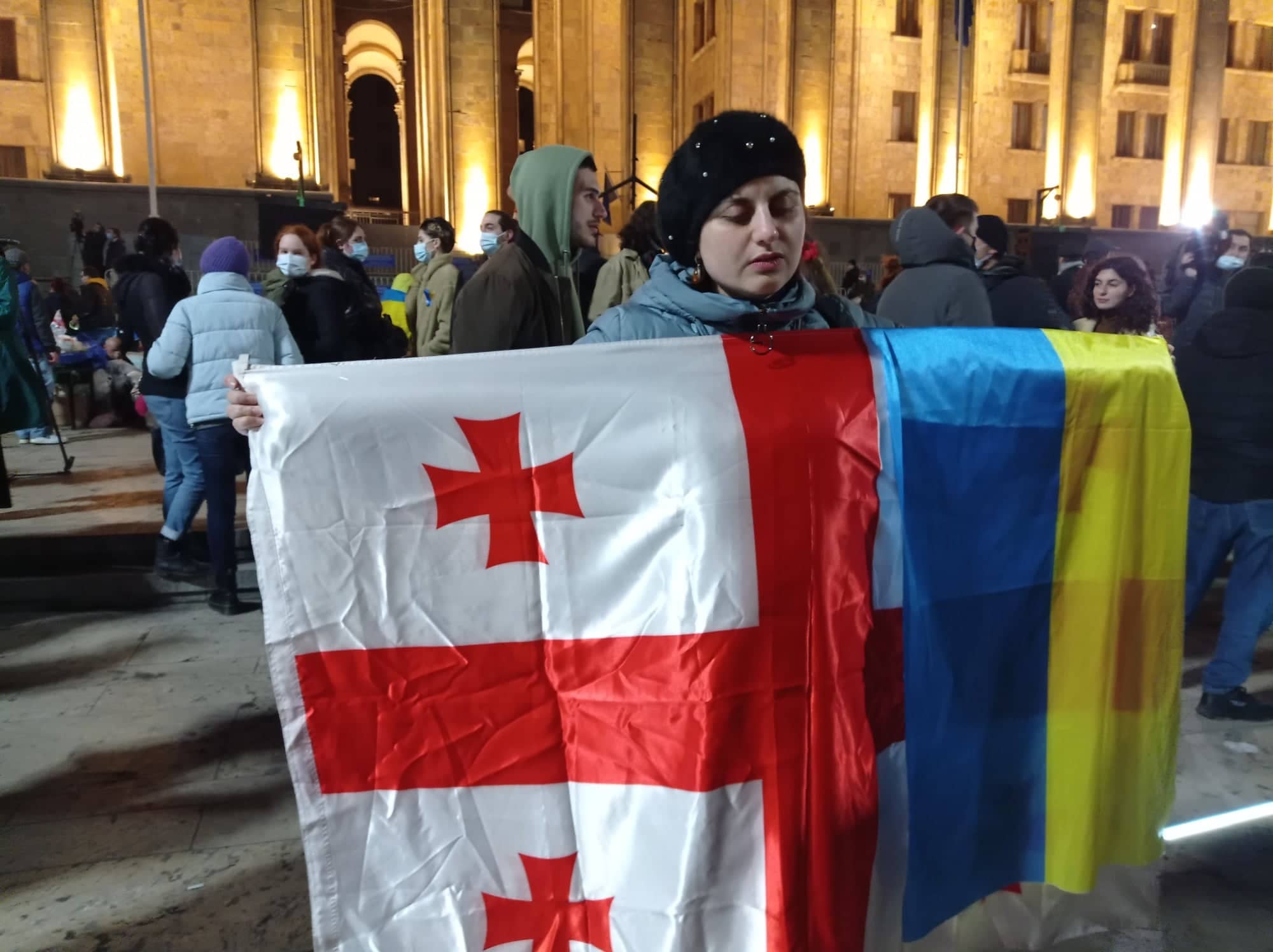