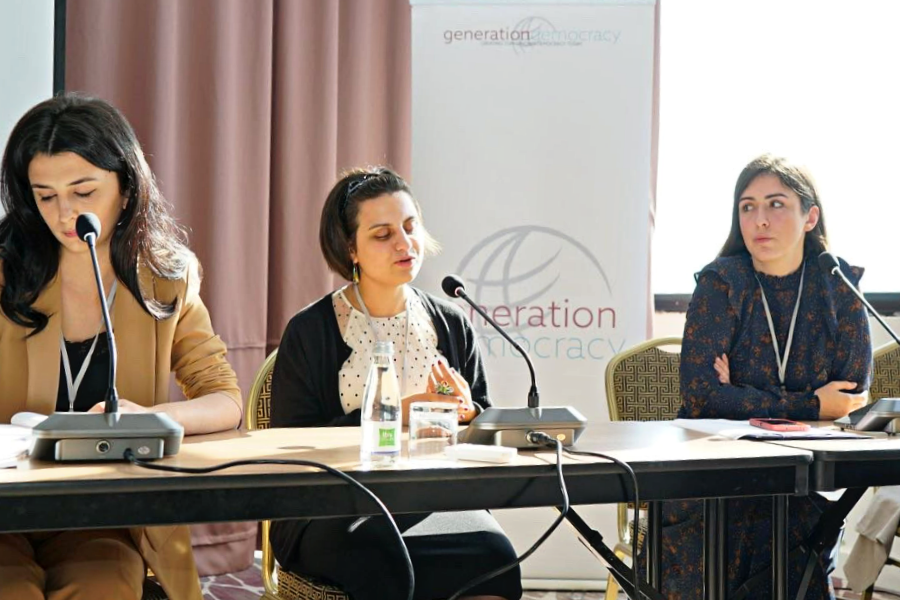 Esma Gumberidze joined Generation Democracy, a global youth network coordinated by IRI just a few months ago. As one of the panelists at the Generation Democracy Network’s Democracy Lab, held on October the 5th 2022 in Sarajevo, she was asked to prepare how she sees Georgia’s democracy. Because she is one of the everyday heroes that EDYN supports, we decided to give Esma space to talk about herself and about current threats in Georgia’s democracy. Hope you will end up as inspired as we did.

“Throughout my activism, I have been using many different tools including digital outreach via social media; In-person educational meetings and workshops, non-formal educational methods; Blogs on the issues and story-telling both digital and in person; Petitions and comment submission to the government, as well as complaints and lawsuits; Finally, informal lobbying. one of the challenges was that the white canes for the blind were provided without any consideration of person’s individual needs and characteristics, such as height, for instance. One size fits all principle. The Ombudsman’s office has been recommending changing the program so that a person could choose the cane characteristics. Activists had been demanding this for years.

Just a few days before New Year’s Eve the Ministry of the Internally Displaced Persons from the Occupied Territories, Health, Labour and Social Protection sent us the renewed white cane program description, which was still the same not allowing for the individual adjustment. A few other blind activists and experts wrote to the ministry expressing our concern that the program is not improving in accordance with the recommendations of the community. However, the civil servant did not seem to be willing to change the program. She insisted the cane size was determined based on the World Health Organization guidelines. Then I published a post on Facebook, tagging journalists, the Ombudsman, and a few NGO-s working on the rights of persons with disabilities, as well as those working on transparency and fight against corruption, as previously provided white canes were not usable by most of the blind persons. As a result, we received the renewed program description within a few hours. The revised program entailed the possibility for the adjustment of the assistive device.”

Here you can find how she sees Georgia’s Democracy.

“The most important weakness that affects democratic resiliency in our community is the lack of institutional memory. Institutions are politicized, unstable, and characterized by the turnover of public servants due to political changes. Also, the degree, to which the big money affects politics: parties that have resources to print the most posters, hire the most mobilizers and have affiliated TV stations and other mass media are the ones more likely to dominate the elections. Generally speaking, the high levels of inequality, be it urban VS rural exclusion of the disabled, based on gender, age, family status, and so on. Finally, that 1 party holds the majority of seats not only on the national level, but in all, but 1 municipality legislatures. The notion that the opposition cannot affect any decisions being made on a state level makes it less attractive for the voters. What is more, brain drain is a very substantial threat. Many of those capable, daring and most skilled youngsters are leaving the country.

On the other hand, the most important strength is an active minority of citizens, who are committed to positive change in this country, especially the young people, who are ready to work 16 hours a day, study, volunteer. I believe, they deserve a much better country. Another strength is our history and legacy of democracy. During Georgia’s 1st republic in 1918-21, before the soviet reoccupation, Georgia was the first country to elect female members of the national legislature including a Muslim woman. Georgia was one of the first countries, where women were allowed to vote. The death penalty was abolished, social and other minority rights were guaranteed under the constitution passed in 1921. Due to our ethnic, religious, and cultural diversity that prevailed throughout Georgian history, we have a great potential for democracy.

To add on a positive note, Georgia’s partnership with NATO and the EU is the largest opportunity we have to improve our country not only in terms of democracy but also security, which, in turn, will bring more investments and economic growth. Unfortunately, Georgian authorities are lacking the political will and motivation to ensure human rights protection, inclusive growth, environmental, consumer, and social protection, an independent judiciary, and media and allow for political/idea-based pluralism on its own, without external factors. Georgia’s aspirations to join NATO and the EU are the drivers encouraging the government no matter which party is in power, to take at least some steps towards the betterment of this country by following the recommendations from the international institutions. Donor support from the EU and the U.S. is of equal importance in slowing the brain drain down. It allows those young professionals with the Western education to have jobs and income in Georgia preventing them from leaving amongst other benefits.” 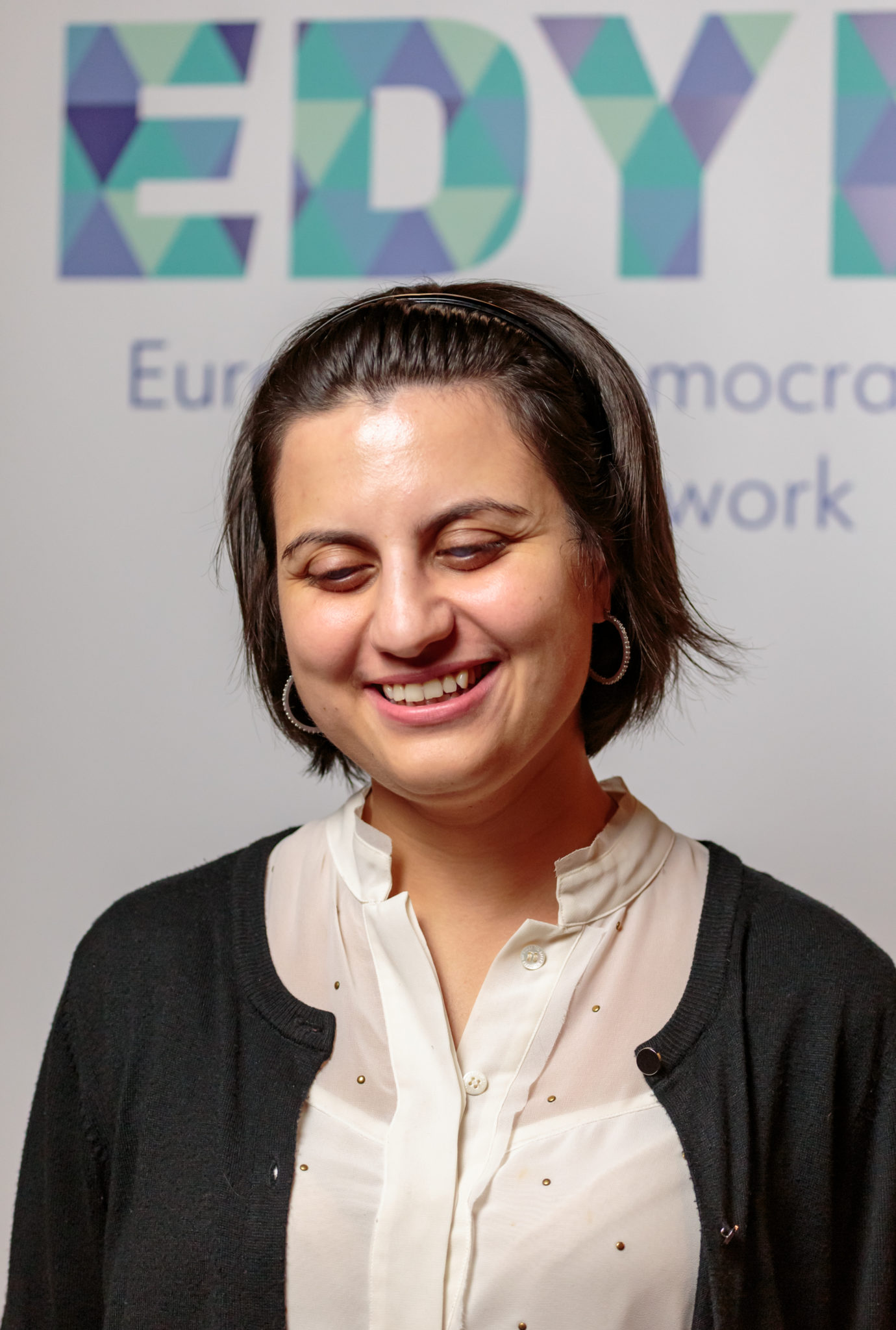