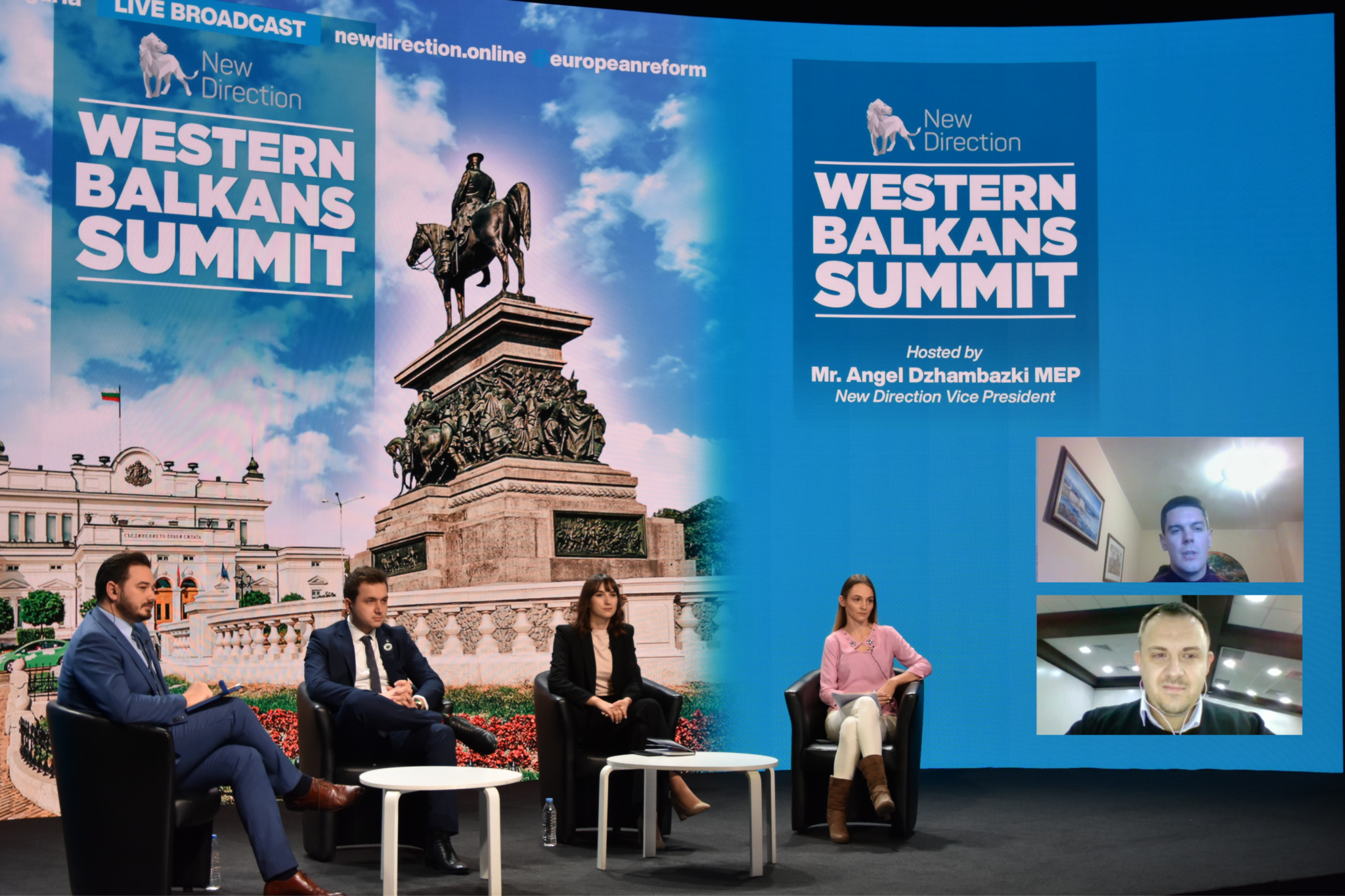 Saška Radujkov is a student of pedagogy at the Faculty of Philosophy, President of the Youth of the “Pokret za preokret” which is one of the founders of the  “Savez za Srbiju”. She spoke at the “1 in 5 million” protest in Novi Sad on March 8th. She is involved in the movement to empower women and young people. On top of all that, she is also a member of the EDYN Serbia Country Chapter.

Recently, she participated as a panelist in the Western Balkans Summit 2021 along with our EDYN members from Albania, Bosnia and Hercegovina, Montenegro, and North Macedonia.  Let’s look at her experience through her brief report.

Participation in the Western Balkan Summit 2021 from my perspective

Western Balkans Summit 2021 was organized by New Direction and it was held in Sofia, Bulgaria on 4th December. Summit consisted of three phases/panels. I participated in panel III “Future of the Western Balkans: A Young Political Leader’s Roundtable”

Young politicians and activists from the region were participants in the third panel “Future of the Western Balkans: A Young Political Leader’s Roundtable.” The Moderator of the panel was Andras Braun, Assistant Program Officer at International Republican Institute.

Participation in the Western Balkans Summit allowed me to introduce myself as a member of the European Democracy Youth Network. Since the event was public, we were able to raise the visibility of EDYN through posts on social networks (at the official and personal Twitter and Instagram as well as the live stream of the panel) which I consider an important task of the members, ambassadors, etc in EDYN.

Also, through a panel discussion, I had the opportunity to talk about the problems that Serbia is facing and to hear from other participants what challenges young people face in the countries they come from.

Through my speech at the panel, as a member of the European Democracy Youth Network, I tried to present EDYN in the best way and spread the values such as meritocracy, democracy, solidarity that EDYN stands for. This was a great experience for me, I am glad that I have met and socialized with EDYN members from other countries. I also want to praise the good organization of the whole event. The organization of the trip and the place of residence were excellent. Also, the panels as the most important part were very interesting with respectable speakers.

From my speech, I singled out a few things, as a brief insight into the topics I spoke about:

As key problems in Serbia, I pointed out the lack of democracy and environmental pollution, which affect not only young people but all citizens of Serbia. As an example, I took Novi Sad, the city from which I came from and I said: “In the name Novi Sad, the second-word Sad means seedling. Although it has such a name, in Novi Sad, less than 15% of public areas are green areas.” Also, I spoke about the high unemployment rate and the daily departure of young people from Serbia.

The benefits of Serbia’s accession to the EU are eradication of corruption, an independent judiciary, protection of human rights, prevention of discrimination, and support for scientists. I said that my vision of Serbia is a picture of a country where the government works for the citizens, where there is the rule of law, which is democratic, which has good relations with neighboring countries, and cares about women’s rights, people with disabilities and enables a high quality of life for citizens.

I also said that I believe that we (thinking of the participants in the panel – young leaders) should spread the values of democracy, solidarity, meritocracy, and justice and show initiative to improve society.

Participating in the Western Balkan Summit was a wonderful experience, an opportunity for young people that are taking part in social-political life from different countries to get to know each other, talk, and exchange experiences. We have seen that there are problems that are common to the countries we come from, as well as the specifics of which each country differs.

The most important conclusion I bring from the summit can be expressed in the word hope. Because while young people are motivated to fight for the progress of the society in which they live, there is also hope that this progress will be achieved. 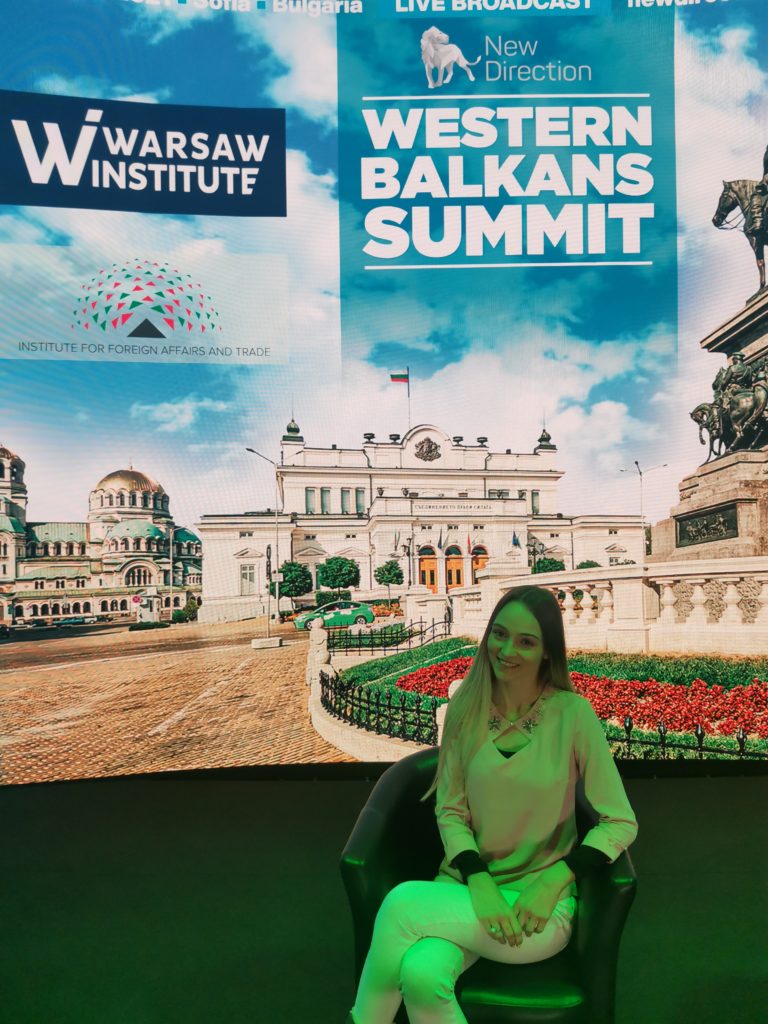 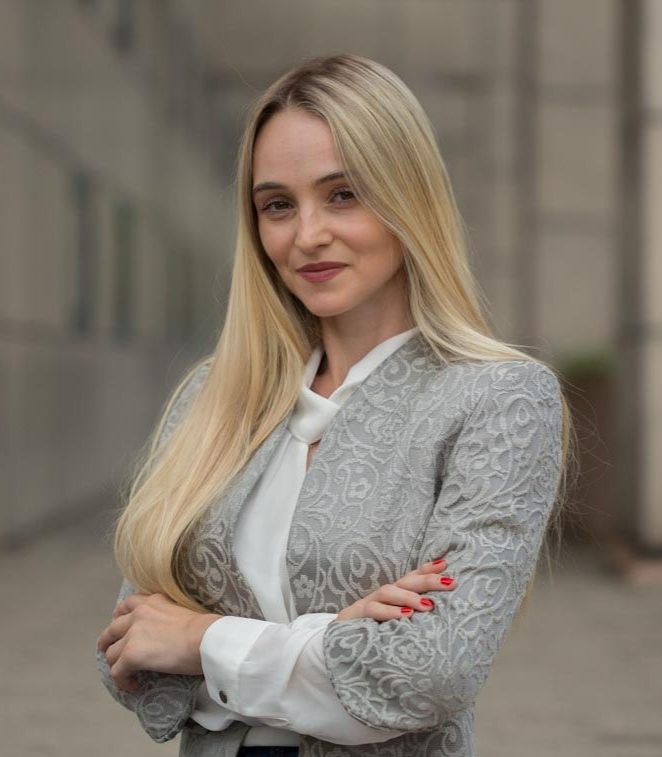